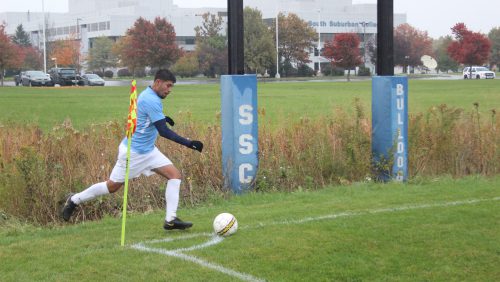 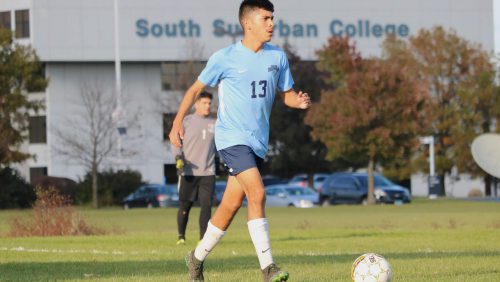 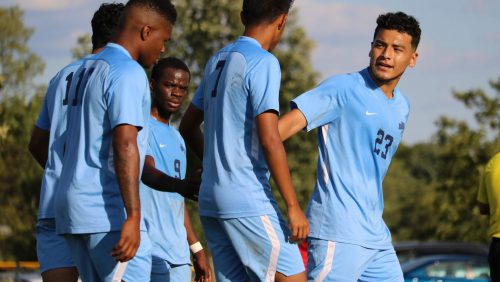 The Men’s Soccer season opens on August 1 and will end with the Region IV championship tournament in November. The team will be playing a very competitive schedule this year with dates scheduled with teams that were also at the national tournament.

In the 2008 season, the men’s soccer team finished ranked 5th in the nation after going 1-1-1 in the NJCAA National Tournament in Phoenix, AZ. A 2-0 shut out victory over Iowa Western Community College gave the Bulldogs (20-3-1) their second Great Lakes District Championship in four years.

The men’s soccer team also had a very successful season in 2007.  The Bulldogs were crowned the NJCAA Region IV Champion, defeating the College of DuPage Chaparrals 2-1 in overtime. However, the team was defeated in the NJCAA District tournament by Marshalltown Community College (IA). SSC’s overall record was 14-4-4. Head coach Jose “Tony” González was named Region IV Coach of The Year. Freshman Efrain Villanueva was named a 2007 Region IV Player of the Year and was an NJCAA All-American honorable mention. Midfielders Christian Ceja and Fernando Padilla were named First Team All-Region. Defenseman Carlos Reyes was selected Second Team All-Region.

There are no upcoming events at this time.