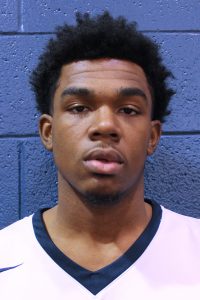 SOUTH HOLLAND, IL–Former Hillcrest High School and South Suburban College (SSC) men’s basketball star player – Jovan Mooring – was drafted in the first round by the Grand Rapids Drive of the National Basketball Association (NBA) G-League during their annual draft on October 13, 2018. Mooring, a 6’2” Guard, was the 13th pick overall.

“Jo Mooring is a ‘once in a lifetime’ player for any coach—he has a great feel for the game and his competitiveness and drive match his incredible talent,” said his South Suburban Head Coach, John Pigatti. “This is a huge day for Bulldogs Basketball to see one of our own get to the NBA, and congratulations to Jovan. He was a hard worker and a good student, and is an even better person. He still comes back to SSC when he’s home and practices with our kids.”

Mooring averaged 26.6 points, 6.2 rebounds, 3.8 assist, and 3 steals per game during the 2015-16 season for the Bulldogs. With his production and leadership, the Bulldogs finished 3rd at the National Championship Tournament with a 34-3 record––good for best in the nation that year and tops in school history. Bulldogs Head Coach John Pigatti was named Illinois Basketball Coaches Association Junior College Division II Coach of the Year after the season.

“It’s ironic that in one of the best performances I have ever seen, Jo scored 51 points for us at Grand Rapids Community College in 2016,” said Coach Pigatti. “He’s the only player I have ever coached to get a standing ovation from the crowd, when he walked off the court that night.”

Mooring was the 2016 National Junior College Athletic Association (NJCAA) National Player-of-the-Year at SSC before transferring to University of Nevada, Las Vegas (UNLV) to play for the Rebels and 2015 Western Athletic Association Coach of the Year (WAC), Marvin Menzies. Mooring recently graduated with his Bachelor’s Degree from UNLV.