The Bulldogs were led by sophomore guard Deshawndre Washington’s 31 points and 13 rebounds. Sophomore forward Chance Love chipped in 21 points and 12 rebounds, and sophomore forward Tyronn Mosley scored 13 for the Bulldogs. Washington was named the Most Valuable Player of the Tournament, and Love was also named to the All-Tournament Team. Head Coach John Pigatti was named Region-IV Coach of the Year – marking the 11th time Pigatti has earned the award in 15 seasons at SSC.

“I am just very happy for the players – they have gone through so much this year,” said Coach Pigatti. “First, managing practice and games with COVID-19 restrictions. We were also proud to give up our home court so that SSC could provide the community with a mass vaccination site in our Gymnasium, but playing at a rec center was a big hurdle. I am happy this team has been rewarded with a Regional Championship. Now let’s see what happens at the National Championship Tournament!”

The Bulldogs now head to the NJCAA Division II National Championship Tournament which will be held April 20-24, 2021, with all game to be played at Danville Area Community College. The Bulldogs enter the tournament as the #3 seed and will play #14 Henry Ford (MI) College on Tuesday April 20th at 11 a.m. The Bulldogs qualified last year but were not able to participate due to the pandemic. 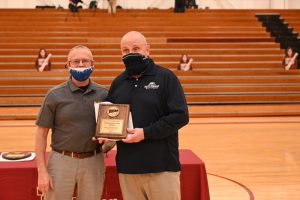 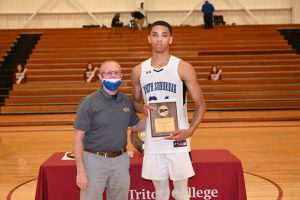