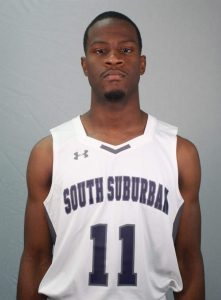 “It has been quite an eventful week for our basketball team,” said Coach Pigatti. “I am very proud of the efforts our players displayed last week in defeating three NJCAA Division I teams. There are roughly 500 Men’s Basketball teams in the country so being named NABC JC team of the week is a great honor and all the credit goes to the players. One of those players Courtney Carter, and his National Player-of the-Week recognition is well deserved for his outstanding play on both ends of the court. He is a great player with a huge future ahead of him.”
The Bulldogs were 3-0 on the week with wins over Olive-Harvey, Harry S. Truman, and Kankakee Community College moving up to 4th in the current NJCAA Division II Poll. The Bulldogs are currently 21-3 on the season. Carter, from Memphis, TN, was named both National and Region IV Division II Player-of-the-Week after averaging 20 points, 6.3 rebounds, 9 assists, 6 steals, and 1 block during those wins.