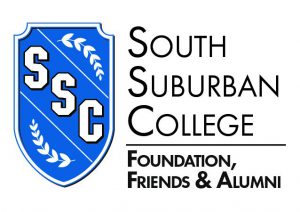 Two new representatives will be joining the SSCF Board of Directors: Helen Y. Gant-Farley, of Advocate Medical Group, and John A. Velez of BMO Harris Bank. Ms. Gant-Farley, is the Regional Director of Operations for the Advocate Medical Group, a position she has held since June 2015 when she moved to Illinois from Pennsylvania. With over 10 years of financial experience, Mr. Velez is the Bank Manager for BMO Harris Bank at the South Holland office. He joined BMO Harris Bank in 2010.

“Thank you to the Board of Directors for your vote of confidence and your continued support of this important organization,” said Woloszyn. “I would also like to personally thank Cindy Doorn-Nylen for her incredible leadership during the past two years. I look forward to our continued growth to provide more opportunities to students at SSC.”

The SSCF also reviewed fundraising successes and scholarships awarded of the past year. Its two major fundraisers–the fall Scholarship Donor Drive and the spring Showcase Gala helped the Foundation to award over $100,000 in scholarships, with an additional $12,000 in special assistance directed to SSC students through the Carol Manning Student Assistance Fund and Rocky Clark Memorial Fund (for students with challenges).

“Thanks to our board of directors and countless supporters, the South Suburban College Foundation had a successful year fulfilling its mission to support student success,” said Pat Rush, Executive Director. “The coming year will be especially critical to SSC and we will aggressively pursue additional support beginning with our Tom Dreesen performance on September 23rd, our ongoing $90-for-90 capital campaign, and our fall scholarship drive.”

The SSC Foundation is a philanthropic, not-for-profit organization governed by a Board of Directors composed of 22 of the south suburban area’s business, civic and community leaders. The SSCF has now awarded over $1,900,000 in scholarship awards since 1989.

For more information about the SSCF or to donate to scholarship opportunities or capital projects, visit www.ssc.edu/foundation or email foundation@ssc.edu.