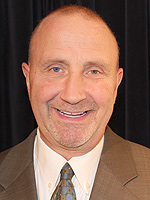 SOUTH HOLLAND, IL – Congratulations to SSC’s Coach John Pigatti who has been selected as one of HoopDirt.com’s Coaches of the Week. Coach Pigatti led South Suburban to the best record in the country last season, and has not missed a beat this year, as the Bulldogs are off to a 7-0 start including three double-digit wins last week.

They began the week by knocking off defending NJCAA DIII National Champion Rock Valley College 78-65. Pigatti’s squad then went on to defeat Prairie State (76-63) and Morton College (80-43). Last season, Pigatti was named the 2016 Illinois Basketball Coaches Association Junior College Division II and Region IV-B Coach of the Year. This was Pigatti’s 7th Regional Coach of the Year Award in his 10 years at SSC.