NOTICE: Fall courses are using a virtual classroom model. A limited number of faculty and students will be on campus to complete labs and simulations and masks are required. Both virtual and on-campus student services are available.
Skip to content 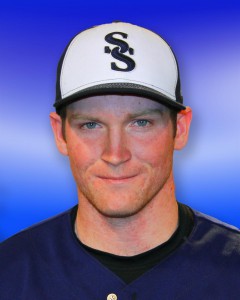 “Stephen has accomplished something nobody else has done here—to be named 1st Team All-American twice,” said SSC’s Hall of Fame head coach Steve Ruzich. “I am so proud of him because Stephen worked extremely hard and he was a great team player for two seasons.”

Letz performed among the top outfielders in the nation all season finishing with a .424 batting average, 11 home runs and 75 RBI’s. He was also named the top player in both the NJCAA Region and Northern District for the second consecutive year. Letz was additionally selected by Marucci as the top hitter in the Midwest.

Ruzich added, “Stephen deserves every award he received this year and his numbers speak for themselves. He will continue his career at Northern Illinois University where has accepted a baseball scholarship beginning the fall of 2014.”

Ruzich was also recently inducted into the NJCAA Baseball Coaches Hall of Fame. He has now coached 15 All-Americans and his program boasts an 80% graduation rate, including 253 players that have continued on to four-year institutions. Twenty-two of his players have been drafted by Major League Baseball teams, five of whom have reached the big leagues. Letz will also be among the SSC players helping Coach Ruzich host the 2014 Bulldog Baseball Camp Monday, June 23rd through Thursday, June 26th from 9:00 a.m. to 12:00 noon at Bulldog Stadium. The camp is designed for kids ages 6-14.