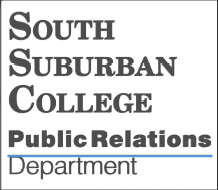 SOUTH HOLLAND, IL– The SSC PLAYHOUSE of South Suburban College announces Auditions for its production of John Guare’s Tony-Award and Pulitzer-Prize winning 1990 classic American play, Six Degrees Of Separation on Tuesday, February 17, 2015, from 4:00 p.m.–10:00 p.m. in Lecture Hall A on the Main Campus in South Holland.

No experience is needed, and the auditions are open to everyone; all SSC students and community residents are encouraged to participate. There are roles for 16 actors and actresses between the ages of 18 and 65 of all sizes, races and colors. Rehearsals will begin immediately and will be held during spring break. They will be held on (Monday), Tuesday, Wednesday and Thursday evenings from 6:15 p.m.–9:45 p.m., and on Saturdays from 12 noon–4 p.m. Monday rehearsals will begin on March 30, 2015. There are no Friday, Saturday evening or Sunday rehearsals except during tech and show weeks. Come to the audition prepared to list all class, work or other scheduling time conflicts, as rehearsals are mandatory, although arrangements may be made. Bobbie Saltzman of Beverly, SSC Playhouse Director and theatre program head, will direct the production.

Six Degrees of Separation is a contemporary American classic that rips the pretentious mask off of middle-class hypocrisy and prejudice and makes us question the value and the meaning of our lives. “Six Degrees” opened at Lincoln Center in New York City to rave reviews with well-known stars Courtney B. Vance (Law & Order) as Paul, who was played by actor Will Smith in the film version, and Stockard Channing (Grease) as Ouisa, a role she reprised for the film. According to John Guare, the play took a lifetime to write. The hugely successful playwright scored many hits, however, including The House Of Blue Leaves, The Sweet Smell Of Success and A Free Man Of Color, songs in Sophisticated Ladies and the screenplay for “Atlantic City,” to name a few.

In Six Degrees Of Separation, the lives of two affluent NYC art dealers are turned upside down when the buzzer to their Central Park West condo rings. Enter Paul, a well-dressed young college man who quickly identifies himself as a friend of their children. At first regarded with suspicion, the couple is won over by Paul’s charm, intelligence and intimate knowledge of their children with whom he says he attends college. When Paul identifies himself as the son of Sidney Poitier, and easily wins the delight and favor and money of their wealthy investor-friend, the four become privileged “great friends.” But when Paul exposes the sophisticated New Yorkers to his personal life the veneer begins to crumble for the social climbers. Although he is eventually uncovered as a con artist in search of a family, perhaps, Paul’s life is far less a lie than their own.

The show will run Tuesday, April 21st through Saturday, April 25th at 8:00 p.m., with 2:00 p.m. matinees on Saturday, April 25th and Sunday, April 26th. South Suburban College is located at 15800 South State Street in South Holland, Illinois, between Sibley Boulevard and 159th Street. The campus is convenient to Routes 94, 80, and 57, and is also accessible by Metra. Free, ample, well-lit parking is available. For more information, please email bsaltzman@ssc.edu.